So, when I started writing this post weeks ago, it was meant to be a proper race report for 2 Spartan obstacle course races (OCRs). But the time got away from me as it often does lately with all the crazy but awesome stuff going on in my life #excusesexcuses 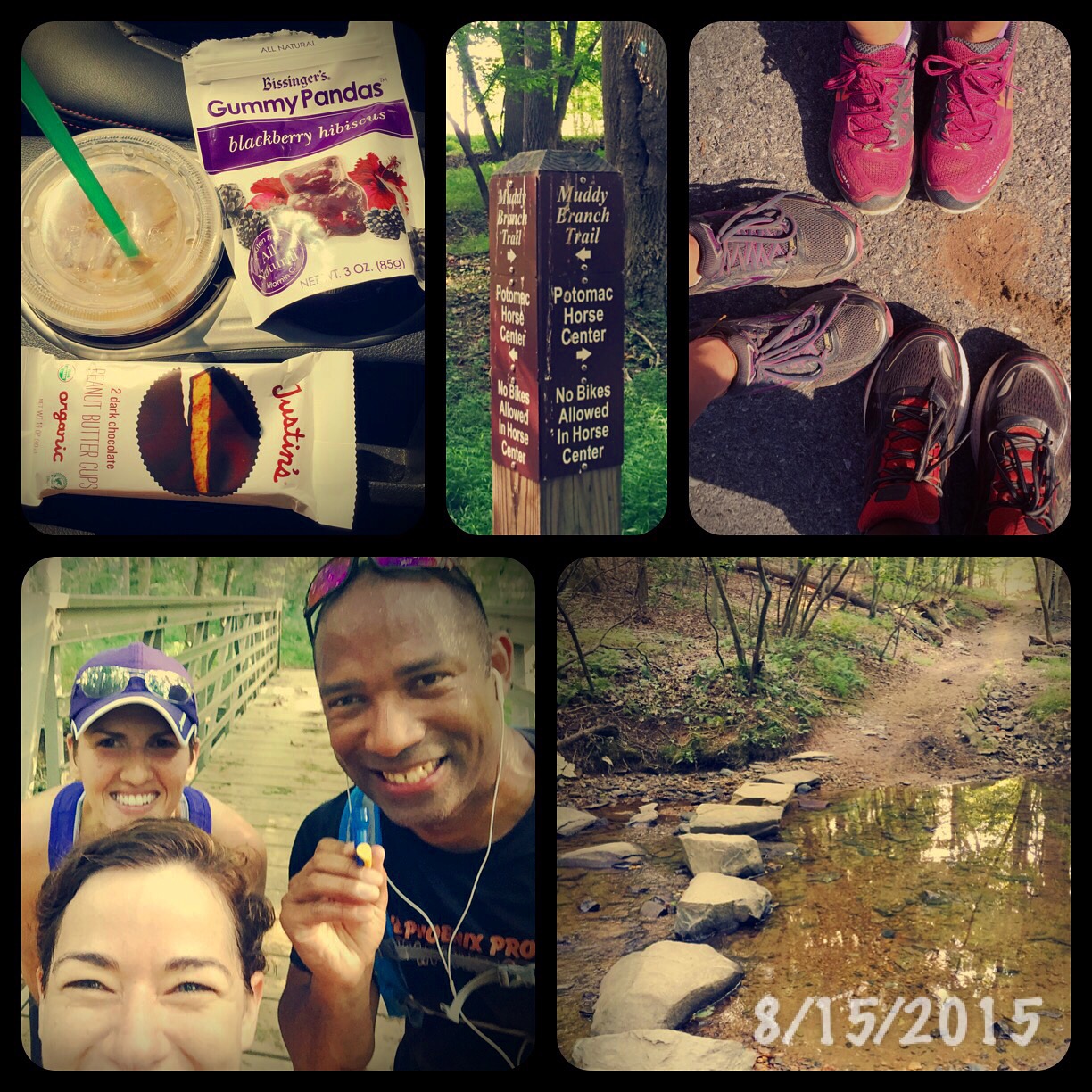 Then today, after a trail run with my runfam Melissa and Drew, we realized that Drew had just completed the longest run he’d ever done…and he felt AMAZEBALLS! I was immediately filled with pride, so happy for him. Well, this feeling of pride touched a nerve; it brought about a flood of emotion that I’d felt immediately after those 2 Spartan races he and I had done together recently.

Suddenly, I had something important to say.

Drew and I had talked last year about doing the Spartan Trifecta in 2015. Then, months went by – blah, blah, blah – and I’d sorta forgot about it. But Drew did not. He brought it up again in February and adamantly requested (READ: demanded) that I train him like I’d promised. So we signed up for the 3 races that would earn us the coveted Spartan Trifecta medal – 3 races covering 3 distances in 365 days. 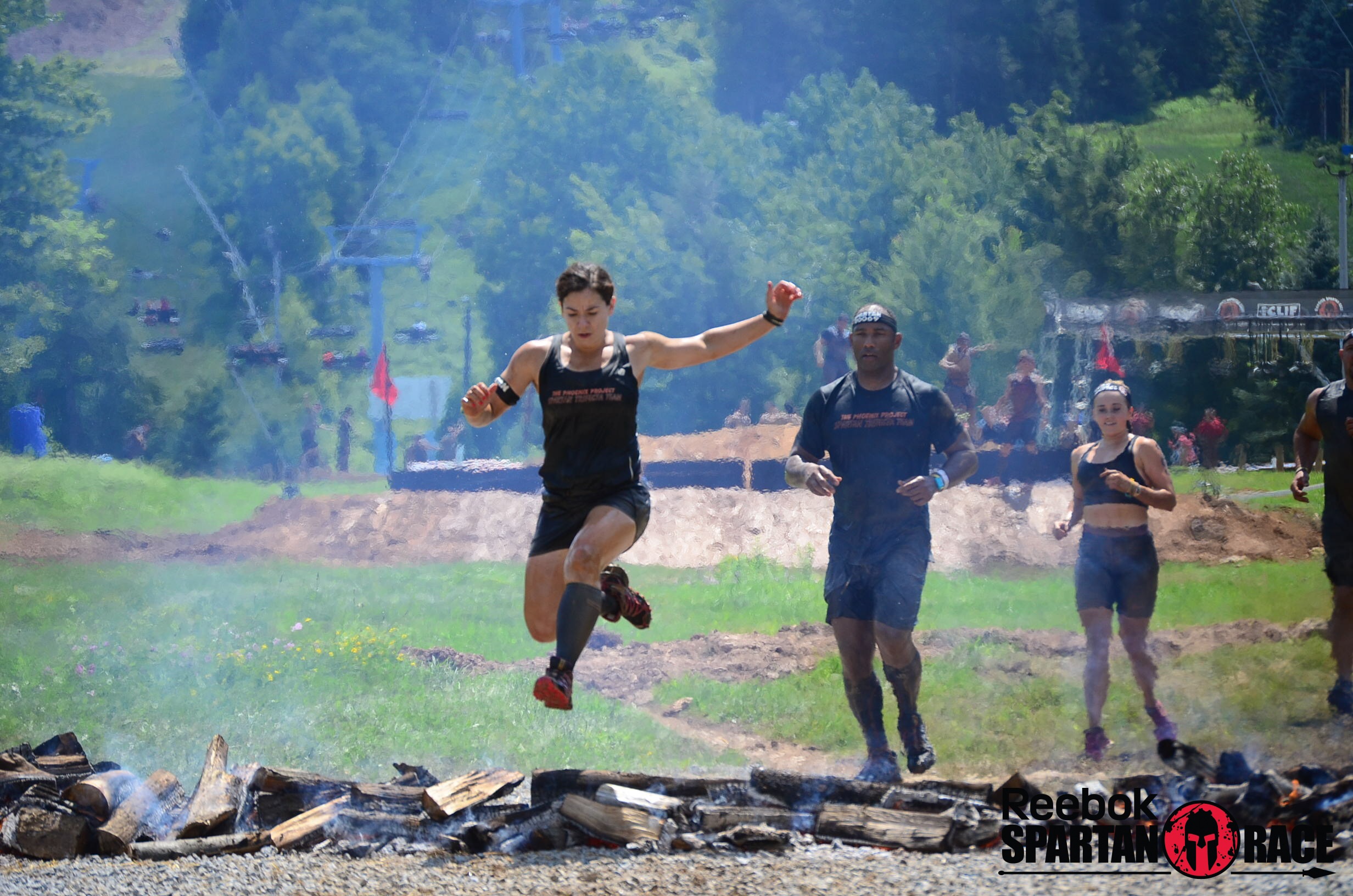 These races for me were a test unlike any other. Not in the physical sense – cuz let’s face it – I’ve done endurance events like this MANY times and it’s gonna take a lot more than 4 1/2 hours of obstacles and hiking up ski slopes to wear me out.

No, they were a test of my expertise as an OCR coach – the first MAJOR test. 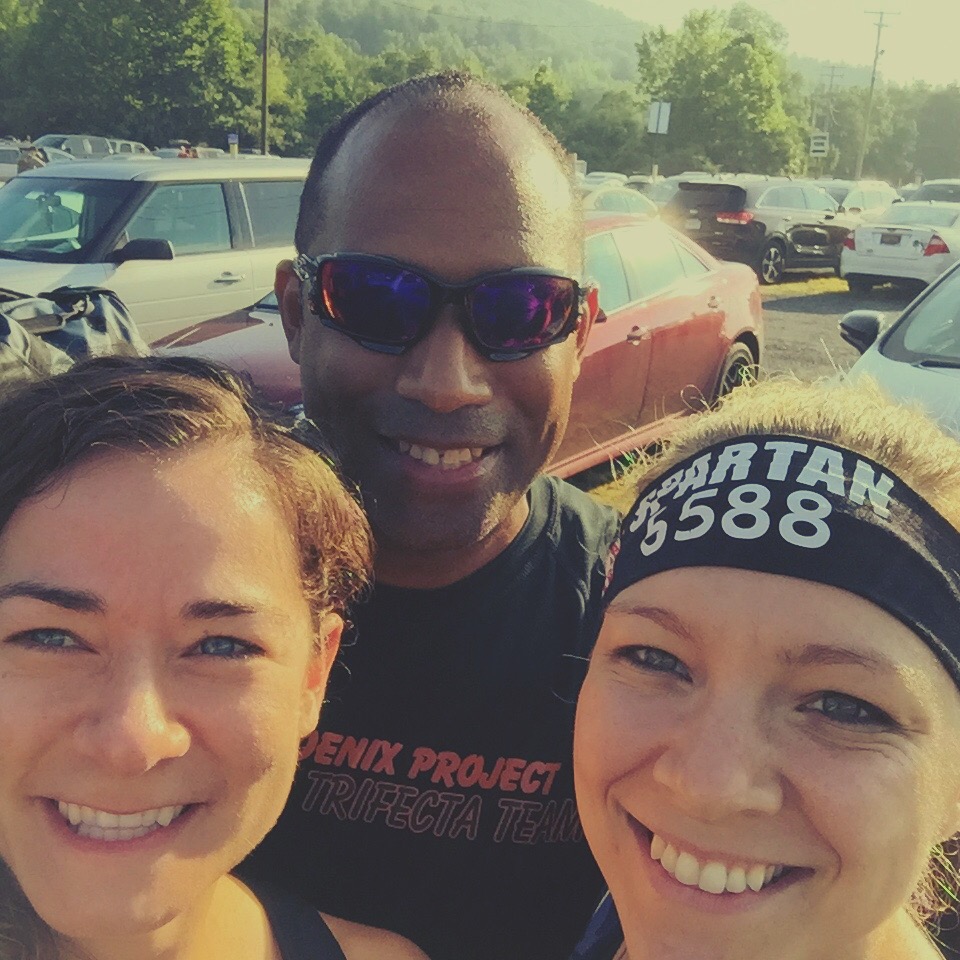 Sure, I’d successfully trained OCR racers before but this was the first time (other than training myself) that I had absolute control over the content of my programming – it was my masterpiece.

Like most artists, my work has been criticized and my talent belittled. My methods have been challenged (and then subsequently copied – yeah, I know, explain that one to me). And through it all, I still wholeheartedly believed that I had a solid, well-rounded, and complete OCR training program that could take a guy who has never known a life without back pain, with severely limited mobility, and turn him into a Spartan Trifecta Master. 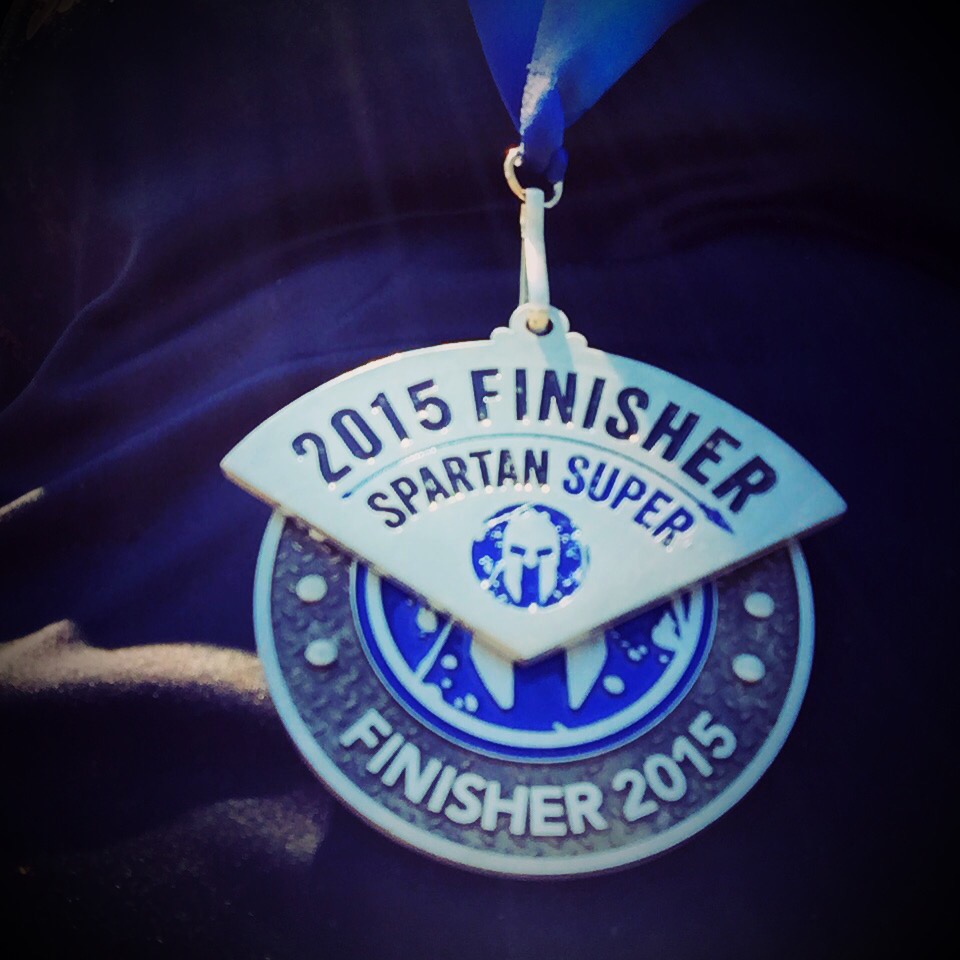 I decided to put my money where my mouth is.

Some would call my plan unorthodox but I call it revolutionary. I didn’t read about how to train for an OCR on the interwebs. I didn’t take a class or piece together some Frankenstein program from pieces of other trainers OCR plans.

I just did them…lots of them.

I did endurance events and LOOOOONG OCR events often (even one carrying 15 pounds of bricks on my back – 1st place female finisher BTW…by 20 minutes). I made mental notes of what I felt, what I observed in my fellow competitors, and all the things that went wrong. I’ve had bad races, I’ve had good races, but I also have a thorough understanding of why each was good or where it went horribly wrong. Because of that, I can clearly see which elements of training are the most critical and which are secondary. (HINT: it’s not what you’d think either.)

What I learned through competing, you will not find by doing a Google search.

There are things that only experience with hours-long grueling physical events can teach you and no amount of programming for rapid fire pushups, squats, sprints, or pull-ups will overcome that knowledge gap. Until you know how it feels to lose your mind 2 hours into a 4-6 hour race, you will never come close to knowing how to train athletes properly to complete them.

So, there in the mountains of PA and the woods of MD, I found validation. 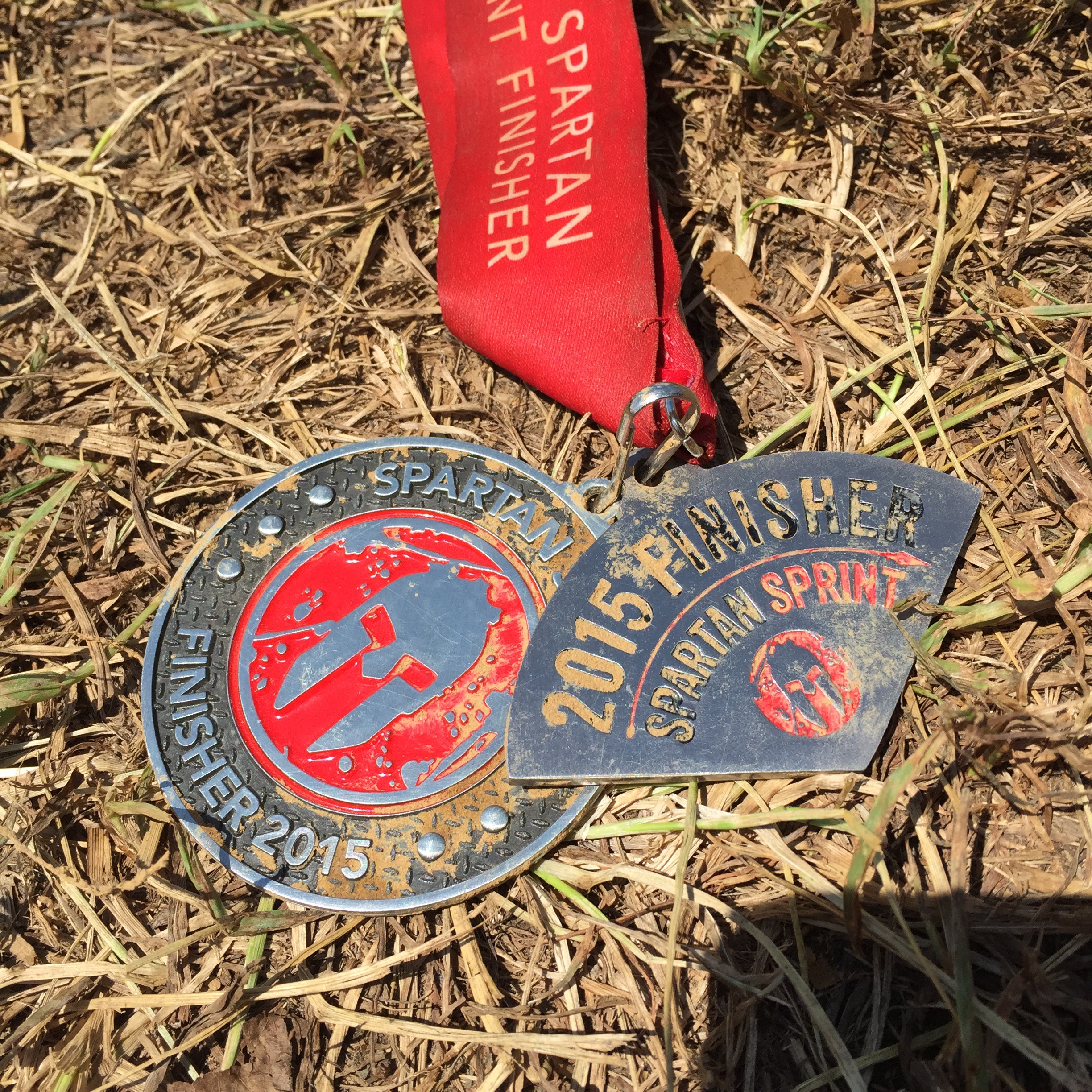 The best kind of validation. And even though I knew in my bones that this was a masterpiece training program, until you see it succeed there’s always that question of “what if”. Not anymore. It worked better than I could’ve possibly imagined.

When I started training him, he couldn’t do 25% of what I’ve seen him accomplish in the last 6 months. My program took this dude who couldn’t run without pain or complete a 1/4 squat with good form and gave him the tools necessary to EASILY complete 270 minutes of physically-demanding obstacles on the most challenging terrain. 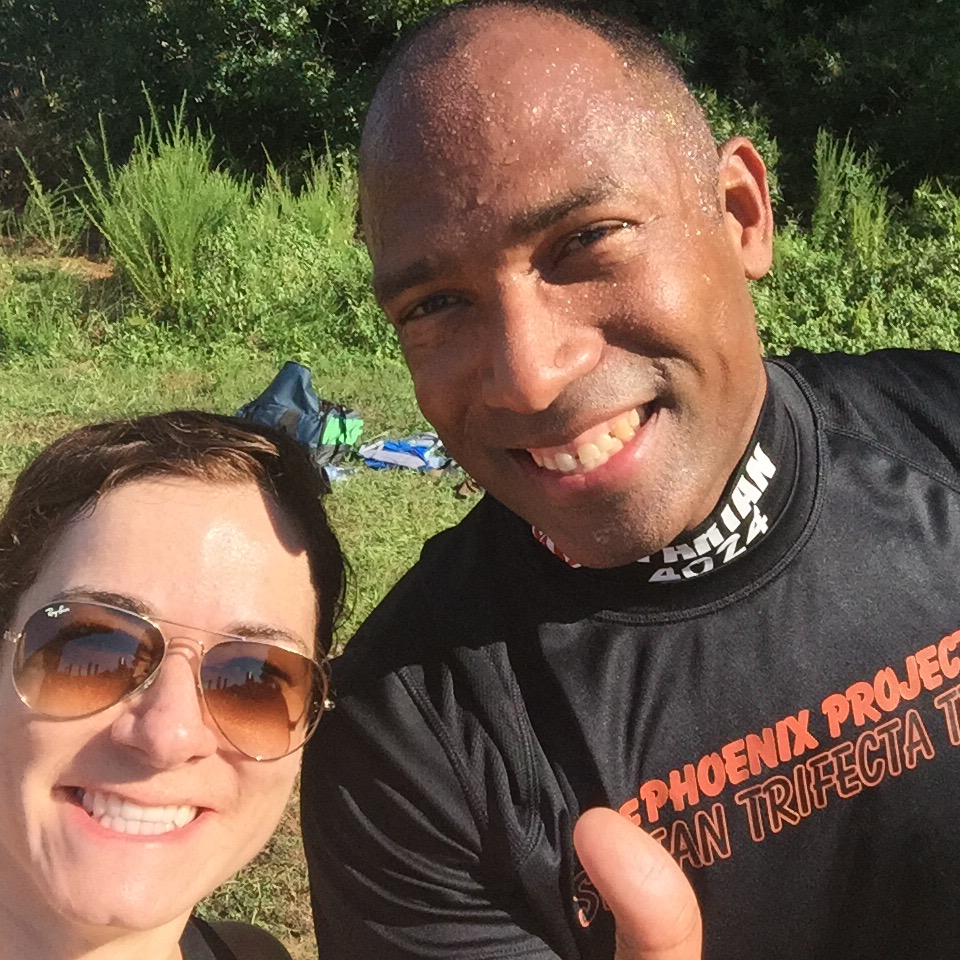 I was right beside him every step of the way and watched him conquer it all while feeling awesome (other than the whole barbed wire thing which we’re not talking about). It was like he could do it all day long. Then I saw him bounce back with ease rather than being physically or mentally traumatized by the experience.

His dedication, perseverance and hard work in combination with the proper training had paid off. I was so proud of him.

And I was also proud of me.

I stood up for what I believed in. I didn’t buy into this idea that I didn’t know what I was doing or allow others to discount my own unique expertise. I refused to listen when others told me that my ideas were crap. I believed in me. I fearlessly challenged the norm and let the results speak for themselves…and boy have they spoken 🙂

Now, I cannot wait to see what the 3rd and final jewel in our Spartan Trifecta crown has in store! 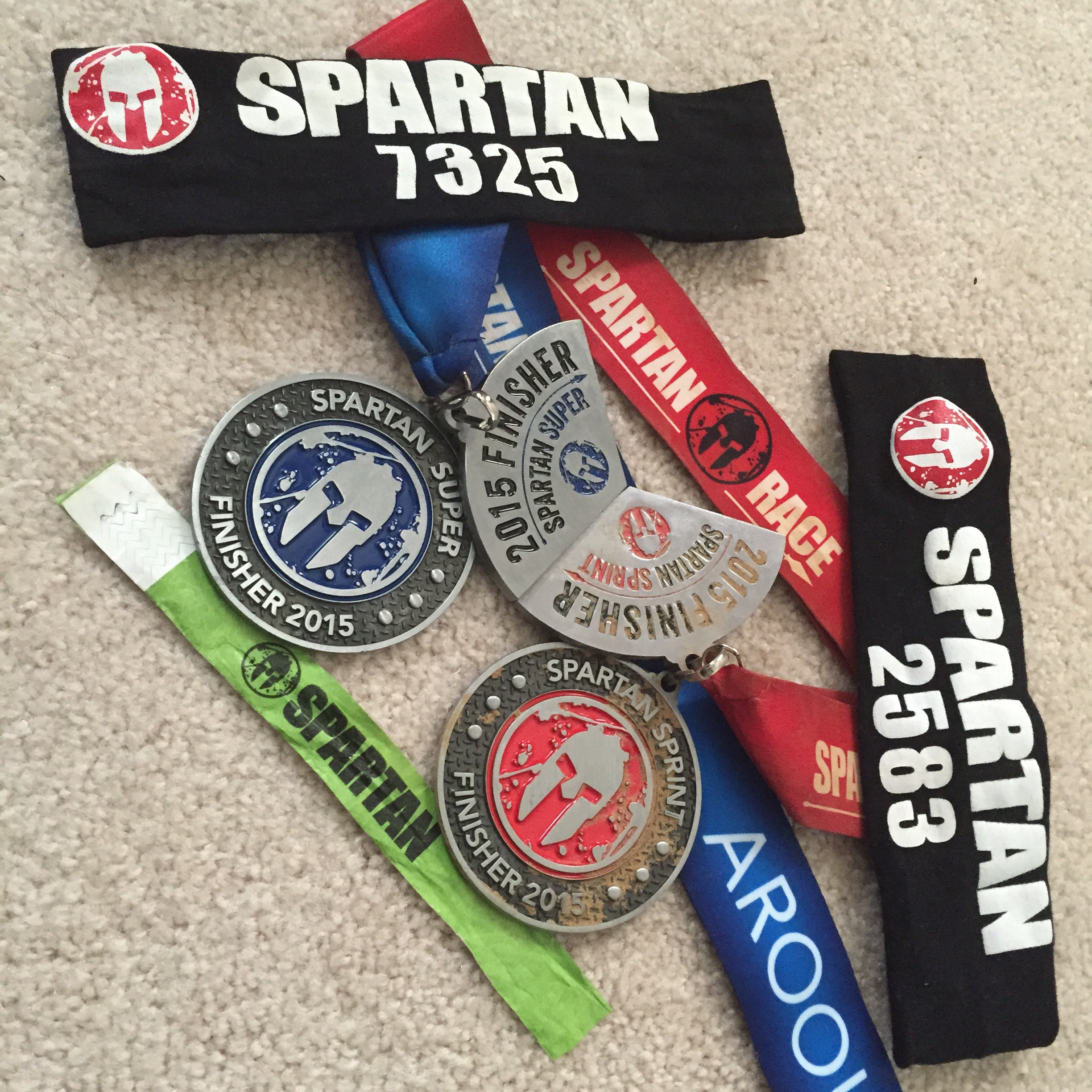 Fair warning though, once we cross that finish line in November, I predict water works…just sayin’