It’s really hard for me to stay motivated to run during the summer — especially since I live in what I like to call the Swamp of Metro DC. It’s unfortunate for many reasons, not the least of which is the fact that I typically sign up for multiple marathons every Fall. This year is no different. With both the Chicago and Marine Corps Marathons on my calendar in October, I need to actually log some serious mileage this summer and not be such a slacker.

So, to combat the Summer Slump, I committed to and signed up for a bunch of trail races around the area in June and July. Admittedly, I’ve been sort of lax with anything that even remotely resembles training since the North Face 50k at the end of April so I picked a few that would slowly ramp me back up in mileage over a month or so.

The first was the Blue Crab Bolt Seneca Creek 10k. On July 9th, I ran the second — the XTERRA Rosaryville 15k. 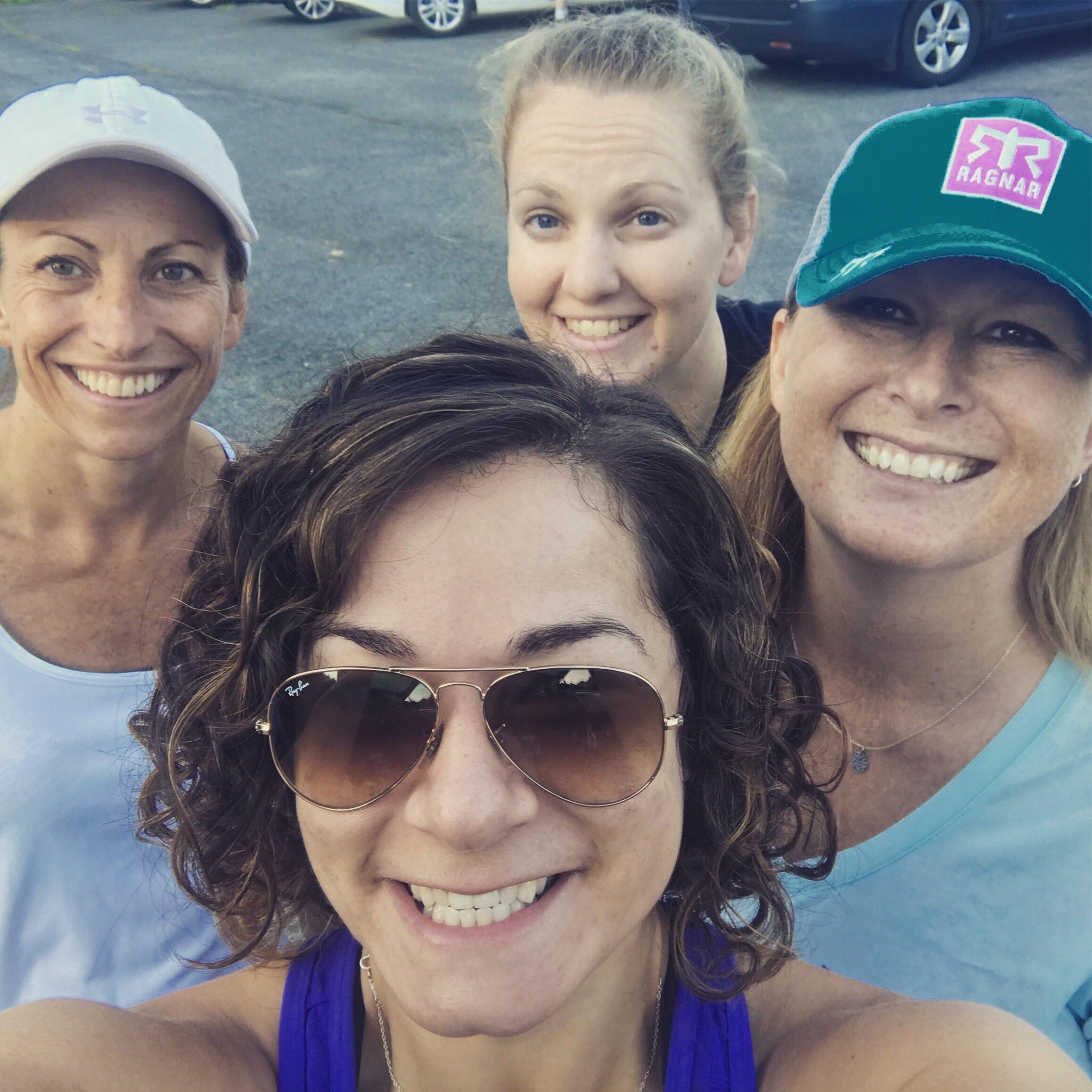 I’ve never ran a 15k before. At just under 10 miles, it was an interesting distance but no matter what the result I knew I was headed for a PR by default. And to make it even better, three of my Ragnar Trail Appalachians teammates signed up to run the 5k — this was to be the first trail race for all of them. Very exciting to be there with them for that.

The day began with a ripped orthotic insole — I guess I didn’t know my own strength as I tried to swap them out of my road shoes and into my trail shoes. Damn! And because it was the wee hours of the morning, I was struggling to figure out where my husband was storing the duct tape these days.

I didn’t wanna be late to our meet-up spot at Scurci’s house so I left figuring I’d just get some duct tape from her when I got to her house. Who doesn’t have duct tape? Well, apparently Scurci doesn’t 😂

So I used the resources she had — blue painter’s tape. Crisis averted … or so I thought. In the process of loosening my shoes to get the insole back in, I didn’t retighten my shoes properly, something that would become (painfully) obvious to me later in the morning.

We arrived early, grabbed our race packets, made bathroom runs, covered ourselves in bug spray, watched Scurci slather herself up in sunscreen, and we waited. The 15k runners started first so I said good-bye to my crew and lined up for the safety briefing and start.

For the first time ever, I tripped over the timing mat at the start — not bad, stayed on my feet and all but it did make me forget to start my GPS watch. The first ½-mile was a bit squeezed, quickly hitting a single-track section. I glanced at my GPS watch during a brief pinch point and realized it wasn’t on.

At Mile 5, I realized that my shoes weren’t laced properly because my toes began to hurt from banging into the front of my shoes since my shoes were too loose. And I did what any reasonable knuckleheaded runner would do — I tried to run through it. The thought of stopping to re-tie my shoes wasn’t interesting to me. That lasted for another 2 miles before I simply couldn’t take the pain anymore. I stopped and fixed my shoe but sadly the damage was done. Every step was painful.

The course was a 9.3-mile loop around the perimeter of the park. Really nice course — almost completely shaded which was awesome. I don’t remember there being any large or technical climbs except one at mile 7.

And that was also right about the time I noticed that my GPS was off by a mile — in the good way. My watch said we were 6 miles in, and my pace per mile reflected that. So there I was wondering why a 12:00+ pace felt so tough on a course that wasn’t really all that challenging. Sure it as hot and humid out but something didn’t seem right.

Well, turns out my runner’s instinct was spot on. The mile I’d somehow “lost” along the way explained why I was struggling with the pace — I was going quite a bit faster than I thought. Once I knew this, I suddenly had a bit more pep in my step. And my signature surge at the end. I came in at 1:44:51, a pace of 11:16/mile. This was good enough for 4th place in my division — not too shabby for a training run.

MASSIVE kudos to Sam Scurci who finished 3rd in her age group, Liz Vassaux for placing 1st in her age group. Podium finishes on their first ever trail races. So proud of them.

Next up for me is the Rosaryville Trail Fest 25k on July 23rd. Yep, same trail just 6+ more miles.